Since 1995, Jopen has been brewing high-quality specialty beers that are distinctive and authentic. Over the years, Jopen has grown from a regional brewery in Haarlem to a specialty beer brand with national and international fame. The different Jopen beers are annually awarded with national and international prizes. Enthusiasts come from far away to the iconic Jopen Church in Haarlem to taste Beautiful Nel, Unbelieving Thomas or the NON (nun) (0%).

Michel Ordemans and Lydian Zoetman, founders of Jopen beer have not only expanded the diversity of different specialty beers, but also the brewing capacity and distribution of the Jopen beers.

In March 2015, Karmijn joined as a minority shareholder to enable the company to grow. The brewing capacity has been greatly expanded several times in recent years. 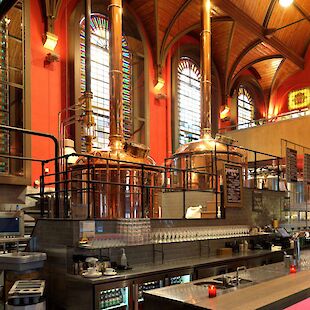 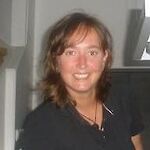 "We are a family business. We find it very relevant who our shareholders are. At the time, Karmijn clearly had a good knowledge of our company and let us know that they were interested in Jopen. We see back that genuine attention again and again."

“Of course we are fans. But not just of the beer. It is also a great challenge to work with the team to further spread the Jopen gospel.”

We use cookies and similar techniques to help you better and more personally. If you continue on our website we will assume that you are happy with it. Do you want to know more? Then read our privacy policy.